How to Select the Proper Sized Window Shutter 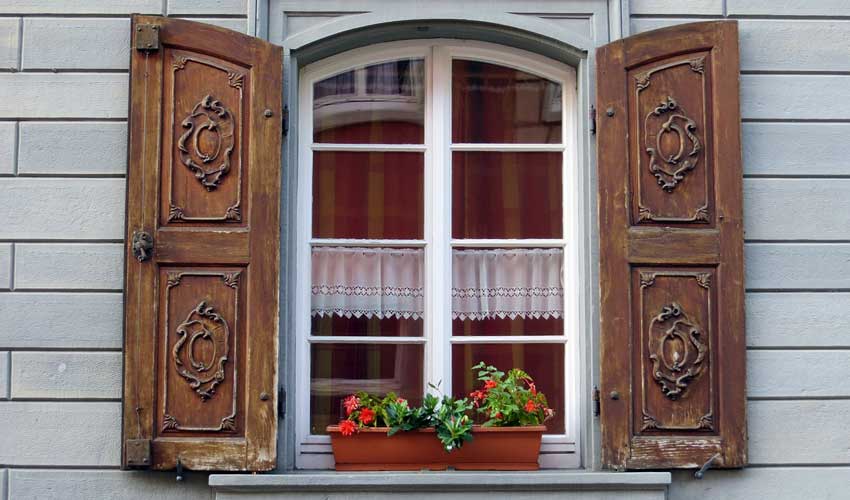 There are rules for selecting the correct size shutter for your windows. This shouldn’t be a wild guess. If you get it wrong, it will show. The window will look odd, even if you can’t immediately tell why it looks odd. Here are some tips to get it right.

Shutters used to serve a functional purpose on a house. They were opened and closed regularly. Wooden shutters increased a home’s security when closed and allowed light and fresh air to enter the house when they were open. Shutters were usually closed and latched at night to make the home less susceptible to break ins. And, glass was very expensive. It needed to be protected during storms to prevent breakage and shutters served that purpose, too. Shutters were a key part of the function of the windows.

These days, windows are much more durable and we depend on security systems for home security. If you live in a hurricane prone area, you know the benefit of hurricane shutters. But normal window shutters are no longer used to protect windows. Shutters have grown to simply be a decorative feature on a house.

However, even if they are merely decorative, shutters should look like they could function. If they don’t they will simply look like a couple of panels screwed to the wall for no good reason. Giving the shutters the visual impression that they could operate properly will make the proportions of the window and shutter look correct and pleasing to the eye.

Shutters should be the same height as the window frame. The sash is the part that can open and close. It is the glass plus the wood that holds the glass. The frame is the next part of the window that the sash sits within. The shutter width should be half the overall width of the frame. If sized according to this rule. When the two shutters are closed over the window, they will neatly close over the complete window sash and frame.

Do not size them larger that the frame or they will look like if were closed they would lap over the window plus part of the wall and look just as silly. Some windows have an additional trim board around the window. Ignore this when measuring. A proper shutter should not lap over the exterior trim.

Shutters mounted with real hinges and shutter dogs always look best. The shutter dog is the piece of metal that holds the shutters back to the wall and is usually shaped like the letter “S” . But mounting shutters this way adds significant cost and this subtle detail may not fit within your budget. But you can always afford to get the size right, even if the shutters are purely for decoration and permanently screwed to the wall. All it takes is a bit of thought, planning, and a tape measure.

Window Screens: There’s More to Consider than You Might Think