Can You Fix Concrete Cracks? 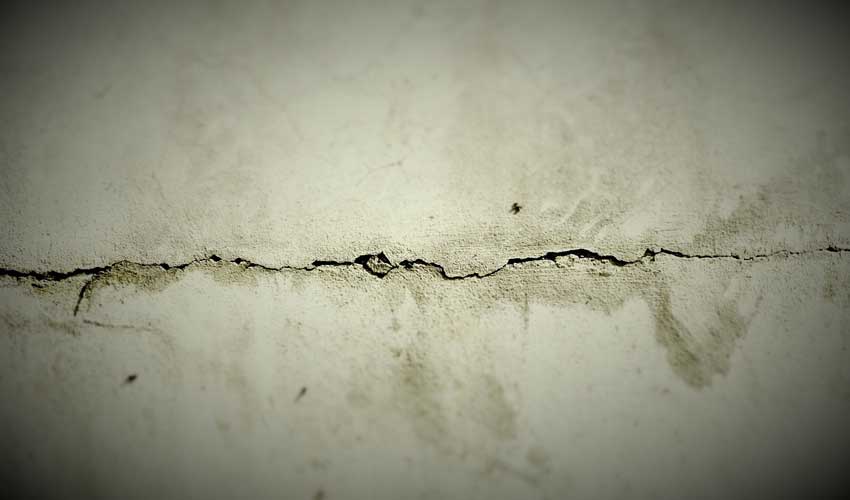 Concrete “flatwork,” that is, concrete poured in slabs for floors, sidewalks, driveways, and roads, is particularly prone to cracking. It will shrink as it “cures” and crack. And it will continue to swell and shrink when it gets warmer or cooler and be susceptible to developing more cracks.

Control joints are smaller grooves placed in concrete. These are placed minimally at ten foot spaces or less. The idea is to place them to create approximately square panels so the expansion and contraction of each segment is about equal in each direction. So a four foot wide sidewalk might get control joints every four feet. Control joints actually weaken the concrete at that spot with the idea being that when a crack occurs, it will occur within the control joint and not be visible, irregular, and unsightly. Of course, we have all seen plenty of concrete slabs that have cracks running right along side a control joint, completely ignoring the groove they were supposed to follow. So this is no surefire method for avoiding cracks.

There are no good ways to fix concrete cracks. They are usually irregular, jagged lines. Filling them with caulking will keep water from filling the crack and increasing the damage as it freezes and thaws. But the crack will remain visible and even be accentuated by the color of the caulking. You can chop out the cracked portion of the driveway or walk and replace the concrete. The problem with this is the new concrete will always be a different color than the original. So the patch will stand out.

But leave it to the innovators in the world. There may be a cure, at last. Check out this video on Bio-Concrete.

This clever young man has added bacteria and food for the bacteria into concrete. When a crack occurs, the bacteria start growing and build a calcium based filler in the concrete that is strong, keeps the water out, and is much more visible discreet than any other filler you could use. I can’t wait for this to hit the market.

My son, Matt Hirsch, told me about bio-concrete. He also works with bacteria. Only his bacteria are a relatively newly discovered type that can remove nitrates from ponds, lakes, and streams. I believe him when he tells me that microbiology holds many keys to a better world.