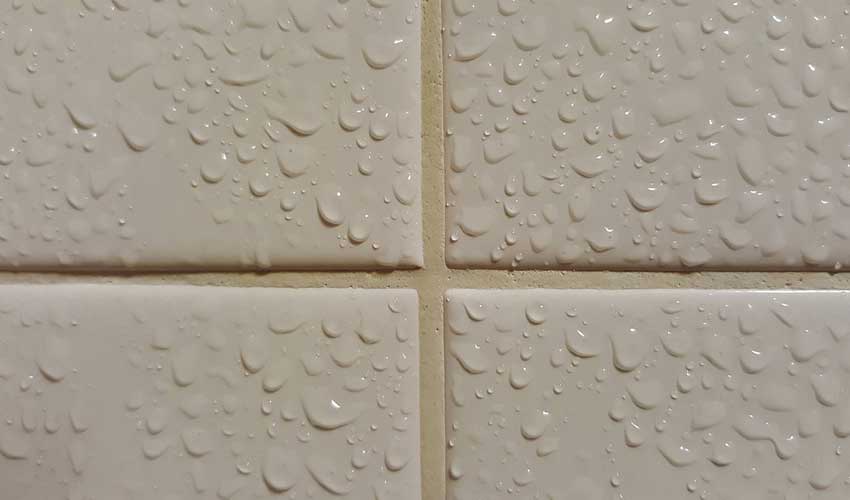 I received a question asking about putting tiles on a shower ceiling or not. The person asking the question said they were tiling the walls all the way up to the ceiling.

Tiles on shower ceilings are somewhat optional these days. They add cost, so often they are not done. But tiles on the ceiling are a step up in quality and make the ceiling easier to maintain. If you do not tile the ceiling, be sure to use moisture resistant drywall, sometimes called green board. It’s designed for use in damp locations. As you would imagine, steam will tend to cling to the shower ceiling, especially in the corners. If you have a nice gap at the top of the shower door to let the steam vent out, a drywall ceiling, properly painted should work fine.

If you are adding a steam unit to the shower, you will definitely need tiles on the ceiling. Otherwise you will grow mildew quickly and you will find yourself repairing the ceiling frequently. Steam showers need to be completely enclosed with no gaps around or at the top of the glass doors. If not, the shower will never steam up enough to do what you want it to do. One good tip for building a steam shower is to give the ceiling a bit of a slant. This will keep droplets of condensed steam from dripping on you. Although the steam was hot when it condensed on the ceiling, it will feel icy cold when it drips on you. Slightly sloping the ceiling will let the water run to the walls and down the walls without dropping on you.

Another tip on shower ceilings is to not make them too high. If your house has ten foot ceilings, consider dropping the shower ceiling to eight foot. This will help the shower warm up when you use it. If the ceiling is too high, it might create an uncomfortable cool draft.

Check the comment bar to tell us your story.

Bathroom Remodeling Will Update Your Home

Bathroom Remodeling on a Budget