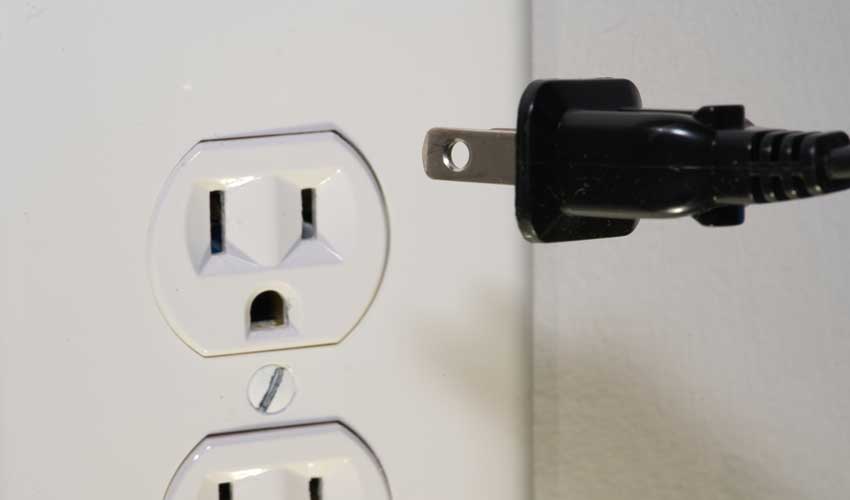 Some parts of a house never seem to be in a good place. Electrical outlets (the place where you plug in the cord) are often in obtrusive and clumsy places. Many times you don’t have a choice because the National Electric Code requires outlets where you don’t think you really want one. But the Code is the law of the land. So if you want to get your Certificate of Occupancy and actually move into Your Perfect House, you’ll need to comply and put that unwanted outlet in the wall, anyhow.

What to do? In rooms where this is an aesthetic issue, like Foyers or Dining Rooms, I often will locate the electrical outlets horizontally in the baseboard, just above the floor. This makes the electrical outlet nearly “go away” visually since it no longer contrasts with the wall color and doesn’t present itself as an object intruding on the wall.

Putting the electrical outlets in the baseboard costs a bit more than placing them in the normal position in the wall, since the carpenters have to make extra cuts when they are installing the baseboard. But the cost is not a lot and you don’t need or want this detail everywhere. In rooms where you will have furniture that will obscure the view of the walls, the outlets are not too much of a visual problem. Also, in bedrooms or offices, having the oulet in the baseboard might actually present a problem since the cord of the lamp or clock will have to stretch farther to get to it. An outlet that is up a bit on the wall behind the night table would be more accommodating.

Electrical outlets in the baseboard are a nice, not too costly luxury you should consider.