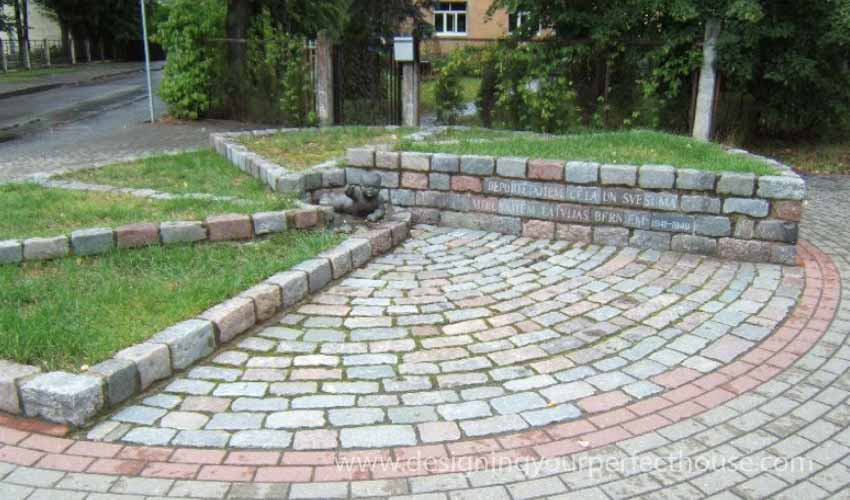 We design and build memorialsto remember important people, places, and events. Things that have been deemed important enough to never be forgotten. Sometimes these are not pleasant memories of happy times. For that reason, it is even more important to remember them and never repeat them.

Thus is the case with the memorial seen here. Sitting at the intersection of four streets in the center of the Mezaparks area of Riga, Latvia, this memorial is dedicated to the Latvian children deported during the 1940’s. It was designed by Dzintra Jansoneand was formally dedicated on June 14, 1993. That is the anniversary date of the mass deportations that occurred during the first Soviet occupation.

Latvia has had a difficult history of foreign occupation. Generations have been lost to the cruelty of neighboring tyrants. Yet through it all, the people of Latvia have held on to their unique cultural heritage and national identity. This monument reads, “For the deported children and those who died during transport or in foreign land, 1941-1949,”This refers to the mass deportation implemented by the first Soviet occupation in June of 1941. It encompasses the regimes of the Soviets and the Nazis and includes the second mass deportation in March of 1949.

This powerful memorialis effective on an emotional level. It is impossible to look at this and not be sickened and saddened by the thought of the brutality of the Soviets and Nazis. It brings to light a time and experience that few, if any, Americans can fully appreciate.

We Americans are blessed to live in a protected and safe society, untouched by the atrocities that continue to mar human history. Unfortunately, our past is not is not free of human atrocities. Slavery, an institution inherited from England, is a massive scar on the history of this country. Man’s inhumanity to man surfaces far too often.

Because we have long ago abolished slavery and worked toward proper human rights for all and now consider a misspoken phrase to be heinous racism and assault, we are too often deaf and blind to the true evils that still exist in the world. Islamic terrorists beheading Christians just because of their faith are just stories we hear on the news. They don’t seem real. Memorials like this one are important reminders that evil is still with us and must not be ignored. Tearing down statues and memorials let’s history be forgotten and encourages society to repeat past mistakes.

Thanks to Mark R. Hatlie for the use of his photos:
Click here to view Mark’s other photos

Travel with Bill as he documents his project in Latvia: