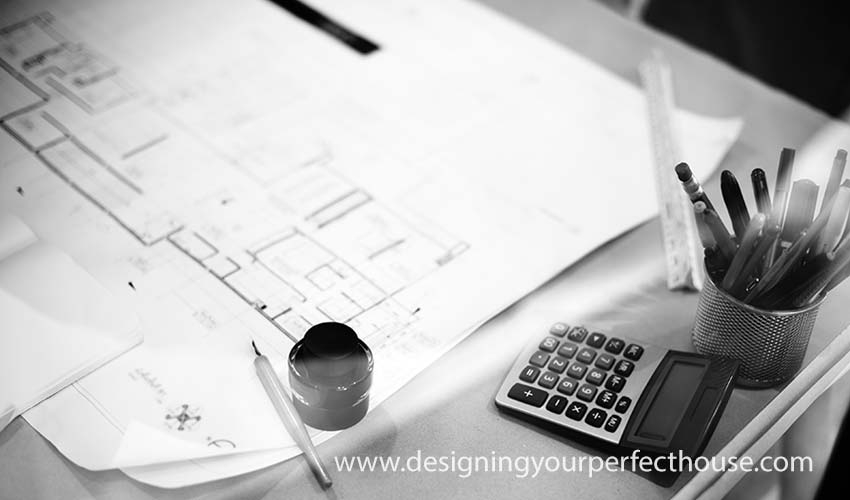 Let’s talk about the mythical, mystical “Construction Cost per Square Foot” for building a new house or addition. Somewhere in your early planning, you will want to know what your house or addition might cost. This is important information to know since the cost of your project will certainly affect your decisions while creating the design and it will help you decide if you should proceed further with the design.

Cost per Square Foot is a term that gets tossed around and depended upon for early cost estimating. But be careful. It’s a poor yardstick for measuring cost accurately. Unfortunately, until the design is complete, the cost per square foot method is the only tool we have available to even roughly estimate the cost of a project.

You can use this method to get a get rough idea of your probable construction costs, even while you are doing your initial research, by asking builders who have built projects similar to yours and in your location what the building costs were. They will probably tell you the costs in terms of the cost per square foot. Or they will tell you the overall cost and then the square footage. You can do the division and see what the cost per square foot was.

But be cautious. The “cost per square foot formula” is NOT, I repeat, NOT the method your builder will use to establish the actual cost of your house. The true cost of construction can only be determined after the builder has calculated every piece of the building, such as how many pieces of plywood, how many bricks, how many windows, etc. are required. He’ll add up those costs, add in the labor costs for his employees based on his estimate of the time they will need to do the work, add in the bids he’s gotten from his subcontractors, add in his overhead and profit, and come up with a final price that he is willing to write into the contract for construction. The only true cost of a project is the amount someone is willing to build it for.

Later, after the tedious pricing process is complete, the builder might calculate a cost per square foot figure. He would go back and divide his calculated price by the number of square feet in the project to see what the construction cost per square foot actually turned out to be. He might then compare this figure with similar costs of recent projects he has built, just to see where things ended up. The cost per square foot is a general barometer used to get a ball park idea of cost. It is not an accurate estimate of cost.

Will your house cost $100 per square foot, $150 per square foot, $300 per square foot or more? It’s impossible to say. Construction costs are affected by so many variables, they are never truly comparable. Houses that are simple in their geometry, with a basic box shape and a simple roof shape will be more economical that a complex design. Naturally it will cost less per square foot to build the house with the simple shape.

Another confounding factor in figuring cost per square foot is that all rooms are not created equal. Some rooms are much more expensive than others. For example, kitchens contain expensive stuff, like cabinets, appliances and countertops. They often have more electric lights, power hook-ups, gas and plumbing connections, and tile backsplashes. Bathrooms contain a lot of plumbing piping and fixtures, tile floors and walls, and cabinets. Kitchen and bathrooms are usually the most expensive rooms in any house. Some rooms might have paneling or built-ins, like shelving. Other rooms might have lots of windows, like sun rooms. Obviously, these will be the more expensive rooms in your house. Less expensive rooms are more simply finished and appointed, such as bedrooms, dining rooms and living rooms. If these less expensive rooms were enlarged, the extra construction cost would be less than the average cost per square foot for the overall house.

The lowest cost rooms in your house will be the rooms that are built within the roof structure, i.e., the attic, or are built in the basement. The shape of a roof over a room with a flat ceiling creates an attic space that is going to be constructed whether you finish off the attic or not. And because most houses have a sloped roof, an attic is the by-product. The steeper the roof, the greater the volume of space created within the attic. Finishing off attic space that is already there is very economical to do, if there is enough headroom available.

The same is true with a basement space. If your site or climate dictates that you build a basement, adding heat and air conditioning, an electrical system, drywall, paint, and a floor finish can often be done for a fraction of the average cost per square foot of the rest of the house.

One room in this category of low cost per square foot rooms is the inappropriately named Bonus Room. That is the name often given to the space above the garage by builders and realtors. “Bonus” makes it sound like it’s free. Although finishing it off is not actually free, it’s still a pretty good bargain considering the useful area you’ll gain.

If you want to build a house with a low cost per square foot, build one without kitchens or bathrooms and a nice basement and bonus room. Just build the “cheap” rooms. You say that doesn’t sound like your dream house? I didn’t think so. Since leaving out the expensive but necessary rooms is not a viable option, consider the sizes of those expensive rooms wisely. And try to make use of all the volume you are enclosing by utilizing other unfinished areas like basements and attics as living spaces. That will help bring down your average cost per square foot.

There are several other things that affect the construction cost of your home without actually adding square footage. The type of construction, the exterior wall surface materials, the appointments, finishes, and equipment within the house, and the building site are big factors. A house built with a poured concrete basement, 2×6 stud walls, a slate roof, and a high efficiency heating and air conditioning system will be a lot more costly than one built on a concrete slab with 2×4 stud walls, an asphalt roof, and a basic heat pump. A house with a full stone exterior is a lot more expensive than one with vinyl siding. A house with a Sub-Zero refrigerator and granite countertops will cost more than one with a basic free-standing refrigerator and plastic laminate countertops. A house built on a steep slope will cost more than one built on flat land. All of these houses could be exactly the same square footage, but the constructions cost, and their cost per square foot, would vary wildly.

Additions and remodeling are even tougher to estimate this way. Square footage is a poor indication of the complexity of any remodeling or addition. For those projects, you should start talking to a builder early and have him work up early cost estimates based on what you want to do and not just based on how big the area of the project might be.

In addition to the problem that dissimilar houses cannot be compared accurately unless they have similar features, there are other variables in the cost per square foot formula you need to understand. 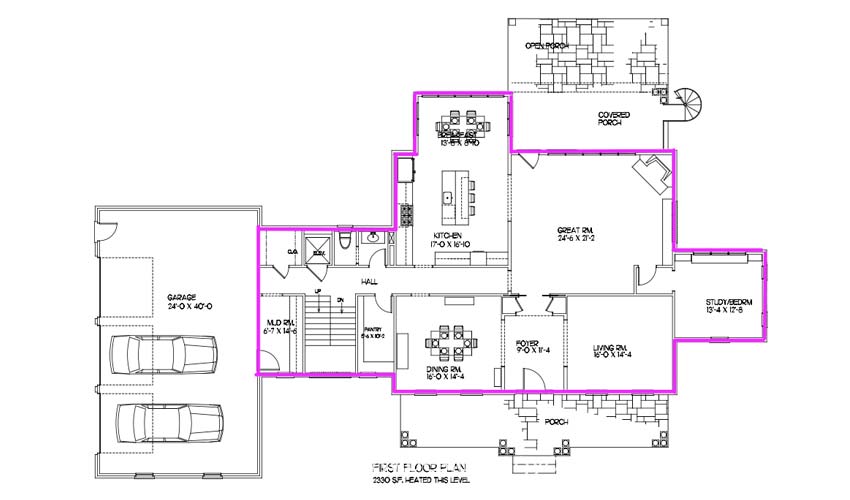 I prefer the “heated or air conditioned square footage” method. This is the most commonly used method. I count only the square footage within the outer surface of the exterior walls. I do not count the garage, decks, porches, or attic space. For my detailed explanation of How to Calculate Square Footage, please click here.

No matter what method you use, make sure that you are comparing things equally when you’re looking at different bids and different builders. And don’t fall into the trap of estimating the cost of your project based on a cost per square foot estimate alone. You won’t have an accurate price until you have an accurately calculated price.